Brands Want You to Vote

Brands getting political – it’s a 2020 thing. I mean, sure, my generation had Rock the Vote on MTV and voting reminders were thrown out there from time to time from civic-minded companies. Most notably in the last few years, big brands such as Patagonia, Nike, Levi’s and Ben and Jerry’s have been leading get out the vote efforts supported with ad spends and media partnerships. But this year, we saw new national players, regional productions and low-cost giveaways making ripples across the republic.

Companies took different tactics, from registering voters via Extended Stay America hotels and Snapchat to giving employees time off to volunteer at polls like Old Navy, Tory Burch and Target. Others went bold – Patagonia created “Vote the Assholes Out” tags and the CEO of Expensify emailed 10 million customers with an endorsement for Biden. This year looks different. Will we see more companies jumping into this arena in 2024? Could brands make a difference in local elections? Well, that’s still up for debate.

Though there have been dozens across industries, here are 3 stand out approaches from our favorite category, Food & Beverage:

It’s been a tough year for everyone. Sometimes you just need a free doughnut and Krispy Kreme understands that. Capturing some media buzz last week, the national chain announced they’ll give everyone who voted a free Original Glazed doughnut and the iconic “I Voted” sticker on Nov. 3 in honor of Election Day. That’s the simple brilliance of free treats and nostalgic swag for you.

Oh, and don’t worry if you already voted by mail, there is no proof of voting required to participate. But let’s hope everyone does anyway.

If you DO have proof, on the opposite side of the spectrum from free doughnuts is free cauliflower. Or as Caulipower says, show us “your #IVoted sticker and we’ll give the first 200 people a FREE coupon!”

Nando’s, a fried chicken restaurant in Washington D.C., took an experiential approach. When a customer ordered the secret “undemocratic meal” they were surprised with outrageous concepts – from brownies on rice to an overabundance of coleslaw.  Basically, what you get when you let someone else decide for you.

As a company with roots in South Africa, Nando’s founders know firsthand the absence of choice – they were there in 1994 when South Africans were able to vote in general elections for the first time – and what an honor it is to vote. And they could have said all that. But why tell someone how important it is to vote when you can make them feel as if their choice has already been taken.

Appealing to environmentally conscious consumers, Forager Project Yogurt rolled out a landing page and sent new packaging to influencers encouraging people to vote while sharing with fans on social. The sleeve reads, “Let’s leave the world a better place. We believe organic plant-based food can make the world a better place. Much like healthy soil is the foundation of organic food, we believe voting is the foundation of a healthy democracy. Nurture the seeds of democracy and vote. Together, we can leave the world a better place than we found it.” From the fun play on words – cultivate democracy – to the VOTE NOV 3 eye-catching graphics, this overall effort reflects a way to take a stand while staying close to your values and not breaking your budget. 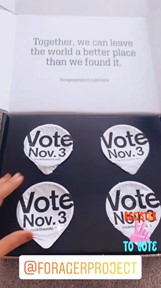 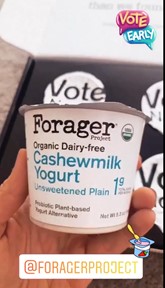 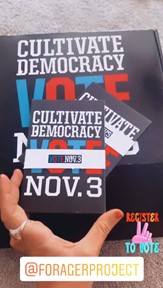 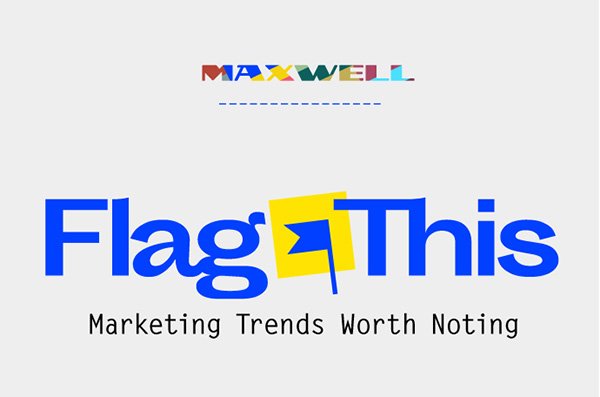 Join the Maxwell newsletter and never miss a thing.